How to Play All 3D Movies on the New Gear VR? 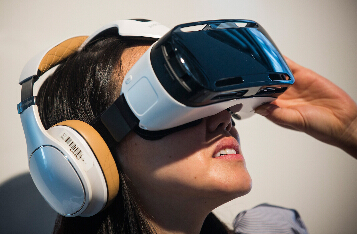 Before playing 3D movies on Gear VR, there are some tips you need to know about this VR headset. First, you should learn the smartphone that works with Gear VR: (software update from your carrier required for S6 edge+ and Note 5)
Then you should be aware of the supported formats of Samsung Gear VR:
Currently, Gear VR supporst the following video file types:
.mp4 .m4v .3gp .3g2 .ts .webm .mkv .wmv .asf .avi .flv
The only audio file types that are supported are .mp3 and .aac.
Please note that no video content with DRM, such as videos purchased from the Play Store or iTunes, will be viewable in Oculus Video.
Learn >> Import iTunes Movies to Samsung Galaxy Note Series for Gear VR
3D Format
For 3D video content, Oculus Video supports the side-by-side and top-to-bottom formats. To designate that a file is 3D, create a text file with the same file name as your video and place it in the same directory. For instance, for mymovie.mp4, create a text file mymovie.txt, with the following content:
Where the format can be any one of:
“3D” : 3D movie side-by-side
“3DLR” : 3D movie side-by-side (same as “3D”)
“3DLRF” : 3D movie side-by-side full screen
“3DTB” : 3D movie top-to-bottom
“3DTBF” : 3D movie top-to-bottom full screen
Subtitles
If you have SRT format subtitles for you side-loaded videos, you can also load them into Oculus Video by using the following convention: for <moviename>.mp4, name your subtitles as <moviename>.<optional lang>.mp4 and place them in the same directory as your content. For example:
mymovie.mp4
mymovie.English.srt
mymovie.French.srt
mymovie.Spanish.srt
mymovie.Korean.srt
mymovie.srt
While watching the video in Video, a new subtitle option will appear in the player controls (gaze and tap the screen for the controls to appear).
Your 3D Content maybe from:

There are two ways to watch your own 3D content in the “My Videos” section of Oculus Video in Gear VR.

● Movies you record using your phone's camera will automatically appear in the “My Videos” section.
● You can copy your compatible video files directly to your phone or SD card in any of the following directories:

On a PC, your phone's storage can be accessed from Windows Explorer by simply plugging in the USB data/charging cable - no software is required. On a Mac, files can be transferred to your phone using Android File Transfer (https://www.android.com/filetransfer/), which is a free utility provided by Google.

Make sure all your 3D content are suitable 3D format

You can’t deny that there is a possibility that your 3D movies are not supported by Gear VR. In this case, you need to convert these 3D content to 3D MP4/MKV for Gear VR. You can use Pavtube Video Converter Ultimate.  It can rip all Blu-ray/DVD and work in 4K/SD/HD video, TV shows and music dramas. It can accept H.265, MP4, AVI, FLV, MKV, ASF, etc and then change them to 3D SBS MP4/MKV/MOV for Gear VR. It offers three kinds of 3D effect: SBS, TB and Anaglyph. it can transfer AC3/DTS audio to AAC/MP3 audio file accepted by Gear VR software without quality loss. (Review)

Insert your 3D/2D Blu-ray/DVD movie to disc drive, and click “Load from disc” button to load Blu-ray or DVD from ROM. For video file, click the “Add video” button, browse to computer hard drive and import video into this app.

Tap on “Format” bar and find “3D Video”, there are a lot of format options for you. “MP4 Side-by-Side 3D Video (*.mp4)” is recommended for Samsung Gear VR.

We also recommend using a higher bit rate than a typical web stream at that resolution, as the pixels in your video will be magnified on the phone's screen. The optimal bit rate is content dependent, and many videos can get by with less, but 5 Mb/s should give good quality.

While H.264 is the recommended video coding, H.265 videos can also be played.

3D movies should be encoded “full side-by-side” with a 1:1 pixel aspect ratio. Content mastered at 1920x1080 compressed side -by- side 3D should be resampled to 1920x540 resolution full side -by -side resolution.

You can click “Settings” near the “Format” to adjust the video resolution and bitrate to get more compatible format with Gear VR.

For Mac users who wants to convert 3D content to 3D SBS MP4/MKV for Gear VR, the equivalent Mac 3D Converter should be used.